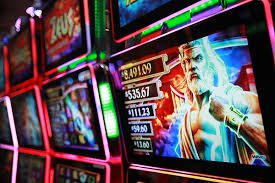 The development of slot machines has truly come a long way through time. Gamers have witnessed several advancements on these classic machines which may be considered as a great progress in the gaming industry. Conventional slots have featured a simple, fruity, 3 reel action back then. Players just need to place wagers on a single payline slot machine where they can win instant jackpots for a combination of these sweet treats.

Then the 5 reel machines were introduced which truly excite players because of their unique game themes, bonus slot features, and immersive gaming graphics. These modern reels also feature multiple paylines which increase the winning odds of players for the jackpot.

There are other features in this classic reel game which enticed players to play slot machines. Here are some of the improvements in these online slot features which truly invited new and regular players to get hook on the reels.

Two of the most obvious improvements made in the slots are its paytables and paylines. Paytable is an essential piece in every slot machine since it explains how the slot works. It shows the different winning combinations a player can make, details on special in-game characters for bonuses such as the wilds and scatters, as well as the availability of free spins and multipliers on the reels. Some paytables also show the Return to Player (RTP) percentage of the slots which gives players an idea on the winning odds in the slots.

These tables also show the different paylines available on the reels. Paylines determine the number of ways a player can win every time a combination land on these paylines. Slots nowadays can host at least a singular payline, up to multiple paylines for more chances of winning.

Wild symbols are usual special characters in slot machines today. Wilds replace any character on the reels to complete a winning combination. Players get excited every time this symbol appears on the screen as there is a chance that it will result into a payout.

Another variant of slot wilds are the expanding wilds. Aside from the substitution it makes to complete lines, the special expanding wild character extends or expands to cover the reel it initially appeared on. This creates more winning odds for players to win big in the slots.

Similar with expanding wild symbols, stacked wilds appear on the reels as stacked wild symbols which usually cover a part or the entire reel. Players can expect at least 2 up to a maximum of 5 wilds stacked together to complete winning lines.

As its name suggests, this kind of wilds stay or stick on a specific spot on the screen for several spins. This creates more chances for players to win big on the reels.

Players can also expect other wild symbols like Shifting Wilds, Transferring Wilds, and Random Wilds in other slot machine games available in the industry today. 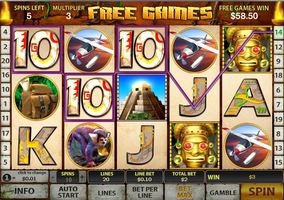 Another rewarding in-game bonus character on the reels is the scatter. Scatters are usually specially designed, so players can instantly spot them on the screen. These characters can appear anywhere on the reels and trigger bonus features of the slot game. These may include free spins, bonus rewards, and mini-game features. These instant wins can be rewarded based on the number of scatter symbols present on the screen. Players can check the slot's paytable for more information on these bonuses.

There are some online slot machines which offer multipliers to their players instantly. They can expect these multiplier symbols to appear on the reels - spinning together with other in-game characters. With this, players don't need to wait for special scatter or bonus characters to trigger multipliers.

Modern slot machines also host a special gamble feature for their players. This feature is usually accessible after a successful spin on the reels. The most common version of this feature involves a mini-game wherein players need to guess the color or suit of the faced-down card on the screen. Players need to predict it correctly since it will double their winnings. However, an incorrect guess will lose all their round winnings.

Players should be cautious on the risks of this special in-game feature. They may either end up as big winners on the slots, or cash out nothing.

Players can also expect other online slot features like the nudge button wherein players can move a reel down for one or multiple rows to complete winning combinations. Some players may not be aware of this feature, but some gaming sites still cater this on their slot machines.

There is also an autoplay feature which allows players to set several spins for the machine to automatically spin the reels for them. Some online slots also host progressive jackpots wherein the jackpot at stake increases until someone wins it.

Despite all these slot improvements, the excitement remains as players pull down the levers - or press the spin button - and watch the reels spin to hit jackpots at stake.